When Sleep Alludes You (1)

It was 2:00 am when I woke up for a very short but relieving trip to the bathroom. The banality of it was quickly shattered by a thought, then by another one, then by a flow… It is not a very good idea to entertain a thought and even less so a thought originating from a profound question in the middle of the night… Well, since there is a good outcome from any circumstance, if you believe the Word, then my sleeplessness could be some kind of a universe-shaking adventure… Am I right? I tried, honestly, to brush off the flow but something more and more overwhelming kept me from finding that deep sleep again. Wow, Slavomir, I thought, you should be either a theoretical physicist or a worshiper of The Almighty.  Hmm… What a peculiar pair of alternatives!

Out of the blue, I remembered that thought-provoking quote: “I reason therefore I am!” Obviously it is referring to self consciousness of some kind, to being aware of self.

If I can use a more orthodox Illustration, I can say that I was sucked in the eye of a storm, then hopelessly driven to an unfathomable depth… I feel that sometimes, as you’re caught in the storm of some wild ideas, you take a risk of collapsing under your own weight if you can’t find a balance in something or someone beyond yourself. What should you do as a good hairsplitter who loses sleep at 2:00 am? Yes, that’s right, nothing but hair splitting! So, here I am…

Being aware of yourself is a position that excels through the multitude of possibilities that define it, thereby implicitly creating a multitude of possibilities for you to be anywhere from absurd to totally wrong if you don’t insert the right terms in the equation. Trust me, I don’t adhere to any philosophical current from out there, I just try to re-invent the wheel for a totally different environment of thoughts and acts which, quite often, exceeds human understanding. “ However, as it is written:   “What no eye has seen,    what no ear has heard, and what no human mind has conceived”—  the things God has prepared for those who love him—  these are the things God has revealed to us by his Spirit. The Spirit searches all things, even the deep things of God.”(NIV 1 Cor 2: 9,10).

Talking about quantum realities, Nick Norbert said that “physicists are losing their grip” when it comes to knowing and understanding of the world. For example, Quantum Reality #5 brings up an intriguing logic. In summary it states that “the world obeys a non-human kind of reasoning” (!!!) then Quantum Reality # 7 states that “consciousness’ creates reality”. I did not intend to talk about quantum physics but rather to point out humanity’s limitations when it comes to knowing the reality that surrounds oneself apart from the acceptance of God’s sovereignty…

Oh, what am I talking about? Yes… Got it! I woke up and then I couldn’t go back to sleep as I thought about what being aware of one’s self really means. Then I mumbled something about the right terms in the equation that will solve the mystery of someone being aware, being conscious of himself… Then this: “I reason therefore I am”… Probably the best way to go from here onward is to analyze the premises of that statement then the validity of its conclusion. What makes the premise wrong and what’s the premise of this statement anyway? I assume it was wrong because something deep within me didn’t feel right about that and even more so when I thought about the conclusion of that statement. Let’s see…

As a premise I assume that the intention of the author is to define his existence or maybe his right to exist. So, you see that almighty “I” right at the beginning, don’t you? Ok… Since the statement doesn’t talk or makes any mention about any interactions with the outside, I can translate the premise of the statement in only two words: self sufficiency. There is no feeling involved here, no constructive intention and no illumination since all of the above imply someone else in relation to “I”. It comes in conflict with both explanations of the beginning of time and universe: creationism and evolution. This statement stands beyond understanding the humanity of the human and assumes a deity of self. I dare to say that this statement defines rather emptiness than existence… N. David Mermin summarizes Neill Bohr’s writings in regards to quantum physics as follows: “We know that the moon is demonstrably not there when nobody looks.” (Mermin’s Demonstration in chapter 13)

Well, mister “I”, you may reason in your own “I” universe but, since no one sees you or hears you, excuse me, you don’t exist!

The premise could be easily seen as eliminating God from the equation of existence and replacing Him with “I” which translates to “self”.  Here we have the first wrong term in the equation and, by accepting it, we are heading to nonsense, to put it gently. We are made to exist and function in a context of a societal establishment based on human interactions, horizontally, and acknowledging God, upwardly. We are created for harmony based on absolute values and not on some foggy, relative concepts… Stephen Covey stated in his “7 Habits of Highly Effective People” that maturity consists not in independence but in interdependence. Even reasoning cannot exist in itself as it always relates to an established way of thinking and more often than not we can’t escape the paradigms. You see, premises like this one make us small and pitiful. They mean death to love, to kindness and charity, to man being human, to society, to harmony… The premise, as I see it, is also godless.

Then, between the premise and conclusion there is that self-infatuated “therefore” which leaves no room for a second opinion, which postulates as absolute a mere human opinion. A human absolute? Are you kidding me? This “therefore” doesn’t allow a “plus” or “minus” sign in the equation but simply “equal”, which makes the equation un-doubtfully anti-God. “The conclusion, as I see it, directly usurps God from the throne of the universe which is in direct violation of who He is.”Moses said to God, “Suppose I go to the Israelites and say to them, ‘The God of your fathers has sent me to you,’ and they ask me, ‘What is his name?’ Then what shall I tell them?” 14 God said to Moses, “I AM WHO I AM.[c] This is what you are to say to the Israelites: ‘I AM has sent me to you.’” *(Exodus 3:13,14 – NIV)

“I reason therefore I am” is worshiping the creature rather than the Creator.  For your reference please read: “ since what may be known about God is plain to them, because God has made it plain to them. For since the creation of the world God’s invisible qualities—his eternal power and divine nature—have been clearly seen, being understood from what has been made, so that people are without excuse. For although they knew God, they neither glorified him as God nor gave thanks to him, but their thinking became futile and their foolish hearts were darkened. Although they claimed to be wise, they became fools and exchanged the glory of the immortal God for images made to look like a mortal human being and birds and animals and reptiles.”

So now that we got the falsity of man-worshiping statements out of our way, we can go on, maybe in another sleepless night, and talk about what healthy self awareness means to me…

5 thoughts on “WHEN SLEEP ELUDES YOU (1) by Slavomir Almajan” 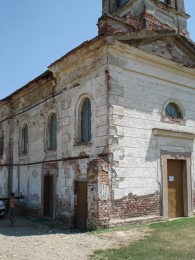 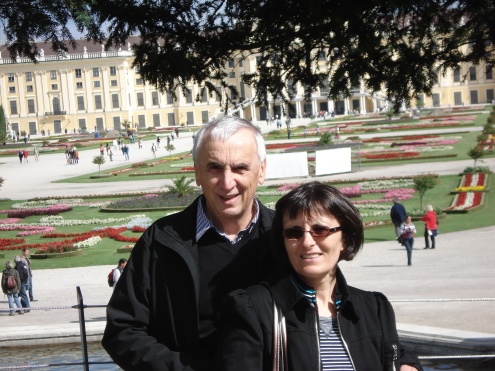